Worried she might lose her teaching job if funding is cut for her boarding school, widow Louise Smythe must consider marriage. But the only prospective groom in town is lighthouse-keeper Jesse Hammond, and he wants children--something she may never be able to provide. While Jesse waits for the ideal woman to make his wife, though, Louise can't help but long for something more than his friendship.

If he wants to be promoted to head lighthouse keeper, Jesse needs to find a wife suited to his rustic lifestyle. But as he and Louise partner to give the town's homeless orphans a joyous holiday, he's drawn to the petite woman. Will the light of Christmas finally inspire them to trust in each other's hearts? 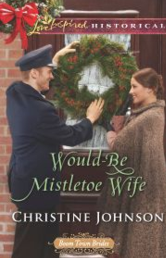 Christine Johnson is a participant in the Amazon Services LLC Associates Program, an affiliate advertising program designed to provide a means for sites to earn advertising fees by advertising and linking to amazon.com

When Pearl Lawson sees an ad for a mail-order bride, she leaps at the opportunity to find a husband for her best friend. But the town’s most dashing bachelor has caught the eye of several aspiring brides-to-be…and even Pearl is drawn to him. Though the schoolteacher has no intentions of marrying, her instant connection with Roland Decker cannot be denied.

Roland doesn’t know how an ad seeking a wife for his brother found its way into print. But now he has to handle the hopeful applicants—women who think he’s the future groom. Not to mention the feisty, matchmaking schoolteacher who is just as determined not to marry as he is. Will this mix-up push Roland and Pearl to forget their plans of staying single and allow love into their lives?

​Theater singer Fiona O'Keefe is on a quest to form the perfect family for her orphaned niece. It's a shame handsome and musically talented Sawyer Evans can't support a household on his sawmill-manager wages. Fiona needs a respectable gentleman of means. And if she can't find one in Singapore, Michigan, then she'll just have to look for a husband in the mail-order want ads…

Sawyer doesn't want Fiona to marry a stranger…or anyone other than him. It would be easy to reveal that he's secretly heir to a railroad fortune. But Sawyer's determined to be a self-made man, so he isn't willing to take his father's money. Instead, can he prove to Fiona that the man she needs is already by her side? 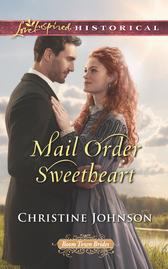 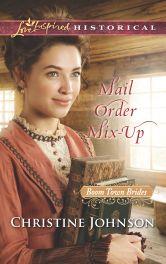 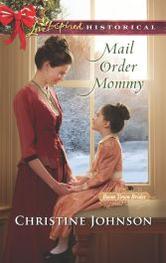 Nursing a broken heart, Amanda Porter had answered a frontier mail-order bride ad placed by Garrett Decker's children--only to find the groom-to-be didn't want a wife. The widowed bachelor she hoped to marry does need a housekeeper, though, and taking the job is Amanda's only option. But his adorable children are determined she'll be their mother by Christmas...

His wife's betrayal and tragic death demolished Garrett's life. Now he can't even look at another woman, let alone marry Amanda, who resembles his first love. Even if she does make his house feel like a home, filling it again with laughter and his children's smiles. But with his daughter convinced Amanda is the perfect mother, will Garrett realize she's also his perfect match?